Please note that this is an online video call and the time given refers to Eastern Standard Time.

Artis presents Ecologies of Collaboration, a discussion between artist Ofri Cnaani and curators Roxana Fabius and Patricia M. Hernández on methodologies of being together through practice. Collaborations are rooted in the strength of the bonds formed among each of the individuals involved. They are dialectical, dynamic, and ever evolving. Here, art becomes a platform from which to facilitate and mediate the smallest patterns of change. Referencing recent projects that were developed with one other, Cnaani, Fabius, and Hernández address questions such as, what is the role of collaboration within art ecologies? How does the surrounding cultural and political environment impact methods of collaboration? What is the value of doing things together?

This program was created as part of Interregnum: between emergence and contamination, an exhibition in the form of an online publication and film program presented by curator Patricia M. Hernández, and produced during her participation in Artis’ Curatorial Residency Program. Interregnum invites the reader to reflect on the in-betweenness of the present condition, featuring a dialogue about the practices of international artists, including artists from Israel. Building on Antonio Gramsci’s definition of the interregnum as a period of crisis or an in-between time, the liminal spaces described in the curatorial text and works in the publication are caught between what has yet to collapse and that which cannot yet manifest.

Patricia Margarita Hernández is a curator and researcher based in Brooklyn, NY. Her work, which is often grounded in collaboration, focuses on the intersections of design, climate change, and feminist theory. Most recently, she was an assistant curator at Dia Art Foundation, New York, NY. Hernández also held the position of Associate Director at A.I.R. Gallery, Brooklyn, NY. Collaborative projects include Alliance of the Southern Triangle (A.S.T.), a platform for artists and architects focused on speculative urbanism and climate change. She has organized exhibitions, public programs, and projects at A.I.R. Gallery, Brooklyn, NY; Dia Art Foundation, Beacon, New York; the Pérez Art Museum Miami; P!, New York, NY; and the Sharjah Biennial 13, UAE; among others; and online as part of Strelka Magazine and Institute, Moscow, RUS; SFMOMA's Open Space, San Francisco, CA; Art Papers, Atlanta, GA; and The Miami Rail. Hernández holds a master’s degree from the Center for Curatorial Studies at Bard College in Annandale-on-Hudson, New York. 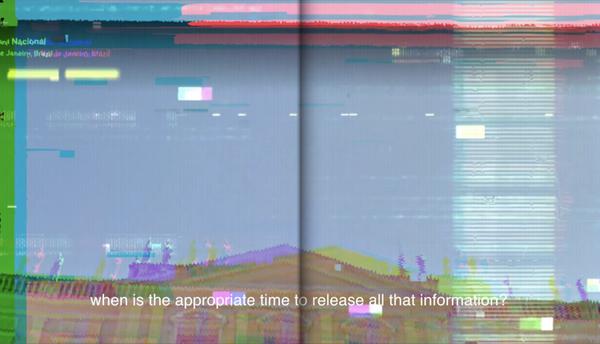