essay about MAN bios
Interregnum: between emergence and contamination

I keep thinking about Humberto Solás' concept of poor cinema when I reflect on the Audiovisual Movement in Nuevitas (MAN) and what they have achieved with Hieroscopia, their festival, which is now in its 9th edition. This movement was born in a small coastal town of no more than 38,000 inhabitants in central Cuba and is, perhaps, the closest representation of that truly alternative cinema to which Humberto Solás referred when he founded the Gibara Poor Film Festival.

The genesis of MAN was around 2007 when a group of friends with no film training discovered that it was possible to create audiovisuals with practically nothing more than creativity and a lot of desire to do. In connection with the community, they began to produce materials, such as fictions, documentaries, music videos, video art and posters, where the protagonists were their own family members, neighbors, and local inhabitants. In these early days, they produced materials that would later be presented at festivals, such as the Muestra de Jóvenes Realizadores and the Almacén de la Imagen. After two years, they decided to found the film festival Hieroscopia since their videos were screened in other cities, but not in Nuevitas. It was also a pretext to bring friends and filmmakers from other parts of the country and abroad to share their professional experiences and, above all, to involve them in the way of making films in the good nuevitero style.

This past summer, we would have celebrated the tenth edition of the Festival of the Audiovisual Movement in Nuevitas, Hieroscopia. We have all witnessed how the COVID-19 pandemic has changed the lives of millions of people around the world. The covidianity, which was not read in the eyes of the dead fish by any shrewd interpreter of prophecies, has made us rethink the alternatives—suspend, postpone, or adapt—so many artistic events have opted for digital initiatives.

Thus arose this year’s peculiar proposal of HIEROSCOPIA 9.1, Against Wind and Pandemic. Showing their particular resilience in the face of adverse circumstances, the organizers of Hieroscopia called for an intermediate edition between 9 and 10, with a digital and home format; something like a rehearsal for what is to come when they can celebrate in situ and without the restrictions of their efforts, results, and reinventions that bear the seal of the house. A way to continue promoting a space for the community that has been generated around the movement to meet and communicate in the only common language: film and art.

Here we share seven short films that have marked a guideline in the evolution of the movement, materials that are part of the historical memory of Nuevitas. I believe that Humberto showed the way and MAN has walked it. And against wind and pandemic, it seems that they will continue to do so.

The Audiovisual Movement in Nuevitas (MAN for its acronym in Spanish) refers to the community management (production, audiovisual literacy, exhibition and distribution) that a group of young people has been developing in Nuevitas, Cuba, since 2007. This initiative is, in principle, demarcated from the official Cuban political-cultural institution. It responds to the contest of the efforts of its members and the inhabitants of the municipality. In terms of professional artistic training, the central nucleus comes from the Schools of Art Instructors in the specialties of Theater, Plastic, Music and Dance. The learning curve in audiovisual production is based on practice and participation in workshops, conferences, courses, festivals and other educational-training experiences. To date, around 100 materials have been produced, including fictions, documentaries, music videos, video art and posters. Since 2012, they have organized the annual Hieroscopia audiovisual show, where works produced by MAN and other community production spaces in Cuba are exhibited. The meeting also serves as an opportunity for the theoretical exchange on audiovisual practice, taking advantage of the presence of filmmakers, critics, journalists and, in general, dissimilar personnel dedicated to film on the island. Due to perseverance at work, the management of spaces for creation and debate, and the vocation for technical and aesthetic improvement, MAN has become a focus of contemporary Cuban audiovisuals. (Facebook: @hieroscopia | YouTube: Movimiento Audiovisual en Nuevitas)

Nestor Siré is an artist who lives and works in Havana, Cuba, and is a current member of the Audiovisual Movement in Nuevitas (MAN). Siré participated in Manifesta 13 Biennial, France (2020), Gwangju Biennale, South Korea (2018), Curitiba Biennale, Brazil (2017), the Oberhausen International Festival of Short Film, Germany (2016), and the Asunción International Biennale, Paraguay (2015), the Havana Biennial (2015), the Festival of New Latin American Cinema in Cuba (2013). He was the winner of the 2021 “IFA CrossCulture Programme,” in Germany, the 2019 “National Curated Awards of Group Exhibitions,” Cuba, the 2018 “Media Arts Assistance Grant,” New York, the 2016 “Visa for Creation” from l’Institut Français and participated in artist residencies including Dos Mares in Marseille, France, and The Ludwig Foundation and LASA, Havana. His work has been exhibited at the Queens Museum, New York, Rhizome, New York, neue Gesellschaft für bildende Kunst, Germany, National Museum of Fine Arts, Havana; Hong-Gah Museum, Taipei; UNAM Museum of Contemporary Art, México City; and the Museum of Contemporary Art, Santa Fe, among other venues. www.nestorsire.com

Pedro Navarro was born and raised in Nuevitas, Camagüey, Cuba, and graduated from the Nicolas Guillen Batista School of Art Instructors, Camagüey, in 2004. Navarro began his career at the age eleven when he worked for a local radio station in Nuevitas and then went on to found a local TV station at the age of eighteen. In 2007, he co-organized the Hieroscopia Film Festival and the Audiovisual Movement in Nuevitas (MAN), which led to the participation in events and workshops throughout Cuba such as the Muestra de Jóvenes realizadores at the Havana International Festival of New Latin American Cinema; the Instituto Superior de Arte at The University of Arts of Cuba; the International School of Film and Television at San Antonio de los Baños; The Ludwig Foundation of Cuba, among others. Navarro is currently based in New York and teaches filmmaking at The Downtown Community Television Center, New York, NY.

Armando Navarro Rojas is a filmmaker born and raised in Nuevitas, Camagüey, Cuba, and has been a member of the Audiovisual Movement in Nuevitas (MAN), and on the organizing committee of the Hieroscopia Film Festival, since 2012. In 2020, he was a Fellow at the National Council of Science and Technology in Mexico City, Mexico. In addition, he was the Advisor and Assistant Director of the documentary series Directed by Ernesto Fundora, Lezama Lima: Soltar la lengua in 2018, and Cuba Suena in 2020. His writing has been featured in magazines such as Upsalón in 2016 and El Oficio: Revista de Arte y Literatura in 2015. Navarro Rojas holds a master's degree in Art History in the Field of Film Studies at the National Autonomous University of Mexico, 2021, and obtained a bachelor's degree in Art History from the University of Havana, 2017. Currently, he is a teacher at the Center for Design, Cinema, and Television in Mexico City, Mexico. 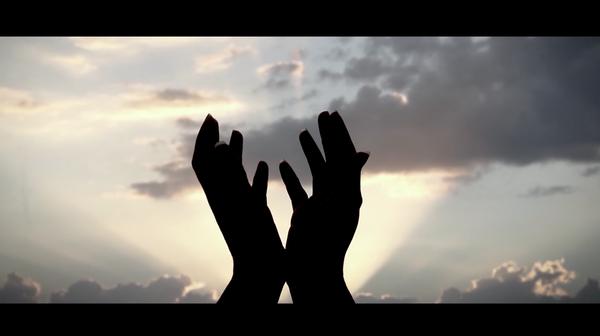 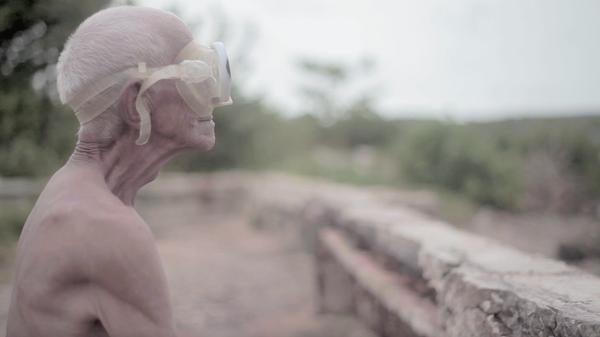 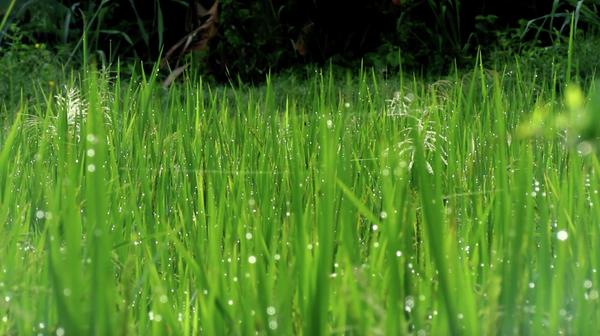 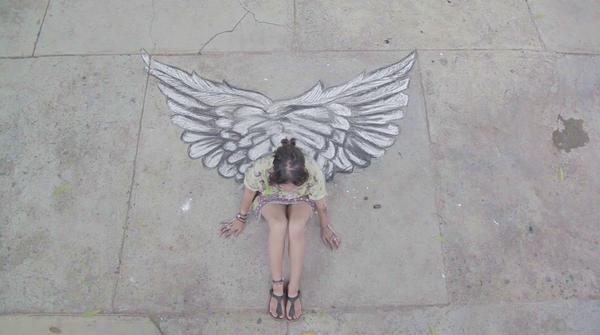 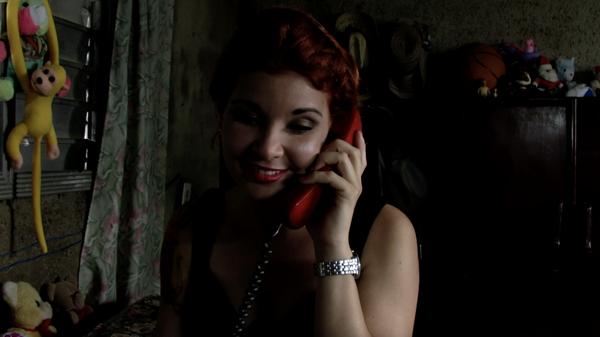 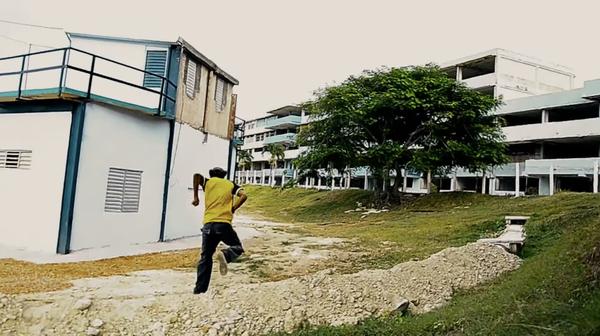 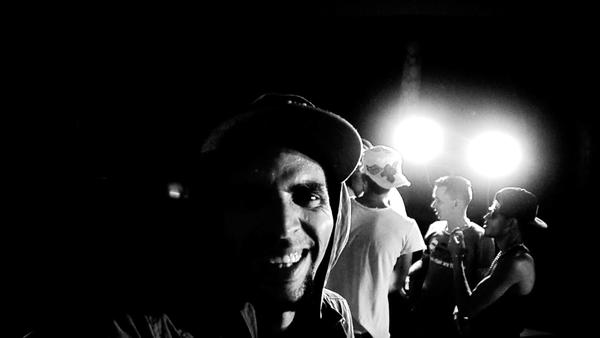