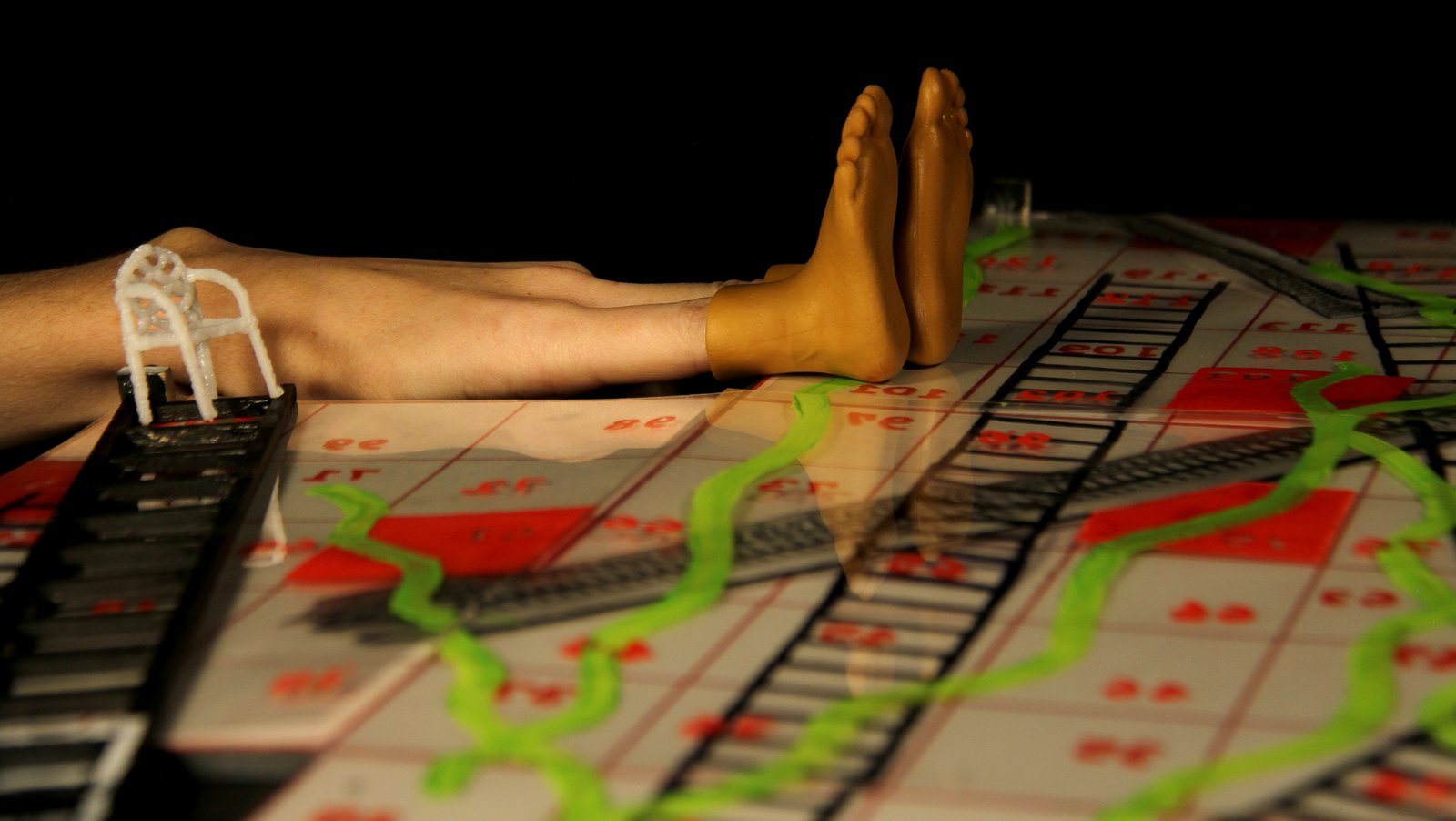 Hand to Mouth describes itself as a global network of sentient and inanimate collaborators invested in the labor of survival. During the pandemic, from August 2020 to March of 2021, the Dance Company produced monthly workshops titled, “Notions,” which explore specific choreographic and sculptural themes. The final results of these workshops were released to the public monthly on each full moon as part of a growing body of original experiments, actions, and propositions.

To DE-SUICIDE is to become with, rather than following, our settler colonial histories to claim ownership of resources, people, and land. DE-SUICIDE is local; manifested through a repitition of singular gestures, which are performed until it leaks into the abyss of soil. Removing the option to own, to master, and to control, DE-SUICIDE allows the emergence of other relationships, or at the very least, it brings to the forefront the relationships that may have existed before the master's hand took hold.

For the notion of DE-SUICIDE, Cohen produced three workshops with dancers Tushrik Fredericks (Johannesburg), Margaux Marielle-Tréhoüart (Berlin), and Laura K. Nicoll (New York). Cohen sees suicide as a state of refusal that carries the imaginary potential to re-turn to wrong human choices made individually and collectively within their existence on earth. Cohen draws on writer Albert Camus’s Myth of Sisyphus (1942) to toil over the choice between suicide or recovery. This absurd hero struggles to give illusory meaning to his tedious existence and finds himself at a Junction. His choices are clear: Sisyphus will either die voluntarily or accept the disillusionment of life’s meaninglessness.

The third workshop of DE-SUICIDE culminates in <Part 3>: C’est la crisis, a video adaptation of the board game Snakes and Ladders. This game represents DE-SUICIDE as a journey through multiple locations and periods, which are navigated by three players, enacted by the dancers. The game’s objective is to navigate one’s game piece—a chair—according to the roll of a die, helped or hindered by ladders, ropes, and escalators. The board is a collective method of being in movement. There are no winners or awards. Instead, the game is an exercise in being present together in overlapping temporalities. The instruments of time travel are the ladders, ropes, and escalators, which can take the player up or down the board, rapidly or slowly, at times facilitating the option to re-turn and make a different choice, go down a different path, maybe Sisyphus can be happy.

Deville Cohen is a New York–based visual artist and director. He studied sculpture at the KHB Berlin from 2002–07 and received his MFA in film/video from Bard College, New York, in 2010. His videos and installations were shown internationally in museums and galleries such as MoMA PS1, New York; SFMoMA, San Francisco; The Center for Contemporary Art, Tel-Aviv; and The Living Art Museum, Reykjavik. He began creating for the stage during a residency at the Wooster Group Performance Garage in the summer of 2014. His creation underline, in collaboration with the composer Hugo Morales, was commissioned and co-produced by the Deutsche Oper Berlin and The Munich Biennale for New Music Theater in 2016. In 2018, he co-created MENAGERIE with choreographer Shamel Pitts for Gibney Dance Company in New York. In 2019, his new creation McGuffin was commissioned and produced by The Center of The Less Good Idea in Johannesburg, South Africa. He was an artist in residence at Recess Art and the Lower Manhattan Cultural Council (LMCC) workspace, in New York; Fountainhead, Miami; and EMPAC, in Troy, NY.