Artis and Performa co-presented a conversation between Guy Ben Ner and Performa Founder RoseLee Goldberg to discuss Drop the Monkey, Ben Ner’s new commission for Performa 09. A “live film” that captures an ongoing phone conversation between the artist and himself as he flies to and fro between Berlin and Tel Aviv, the respective locations of his girlfriend and his family, Drop the Monkey never leaves the camera over a twelve-month period. It remains “live,” awaiting the next shot. Ben-Ner’s “storyboard” is life itself, and each scene occurs in real time, although with significant ellipses in between. Since the editing is done entirely in-camera, the move from one shot to the next requires a real physical move: the camera traveling the full distance from Tel Aviv to Berlin and back as the dialogue progresses. Shot in Hebrew, and dubbed in English, the film presents a conversation in rhyme, which discusses how art can be at the service of life and the repercussions of such a unified relationship.

Co-commissioned by Artis and Performa on the occasion of Performa 09, Drop the Monkey screened on the CNN billboard in Times Square during the opening day of the biennial and was then on view at the Performa Hub. A public program with Guy Ben Ner in conversation with artist Jon Kessler was also organized. Organized by Performa Director and Curatorial Seminar alum Roselee Goldberg. 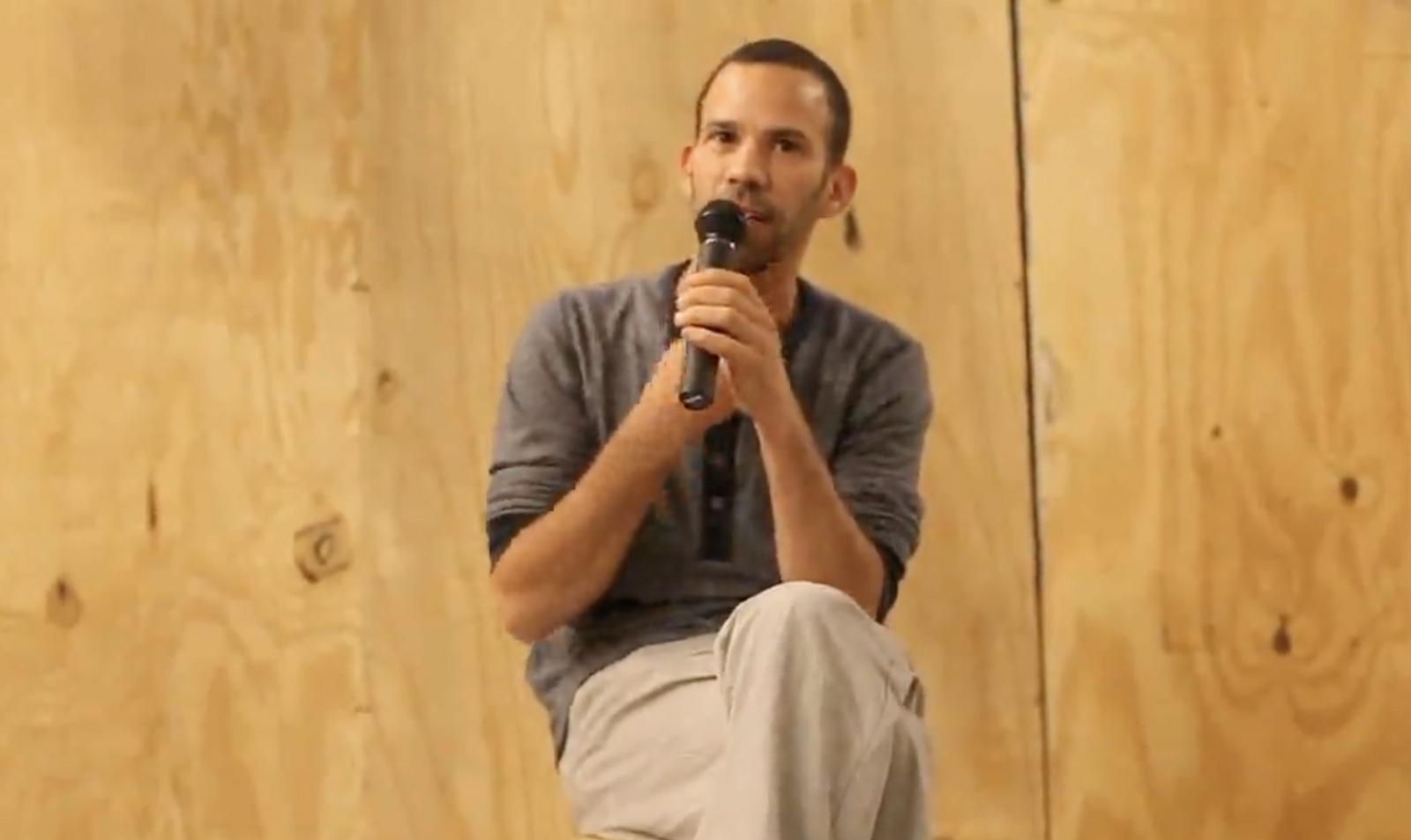