This program was held in-person, with select lectures available virtually via Zoom. A detailed program with lecture topics and speaker bios is here.

What if we consider the recent pandemic, and the crisis mode that it engenders, as a disruption in an aesthetic-political constellation--one that severely curtails movement and momentum, unleashes paranoia, and morphs the ways in which we can act, perform, and perceive the world around us? Through such a reading, can we explore current curatorial and artistic practices as a method to voice urgencies in new ways? As curators, artists, performers, activists, and researchers, how can we stimulate a renewed understanding of the world during this moment of crisis and as the ground beneath us is shaking?

The COVID-19 pandemic has significantly amplified the challenges facing societies worldwide: inequalities have increased in a severe way, accelerating acute gaps in class, race, and labor, and creating immense needs in healthcare and social services; the media, big tech, and other algorithm-based modes of communication have stirred up significant social fragmentation, creating divided communities that can no longer find a common language; human activities have provoked disastrous climate change that is wreaking havoc on our lived environment; alienation and singularization have become magnified. The need for serious and systemic change in the order of things seems both palpable and out of reach.

Where do contemporary artists and art institutions find themselves at this very moment? What other contemporary dilemmas and conflicts might be identified and understood through curatorial practice, which would otherwise be hidden in plain sight? How can curatorial platforms re-organize social space or re-articulate knowledge during times of crises?

Curating on Shaky Grounds was a series of symposium, workshops and performative gatherings, that investigated the ways in which re-thinking the curatorial can evoke ideas on subjectivity and situated knowledge. Questioning traditional hierarchies of knowledge and power structures, the program looked at the possibility of transferring conflictual aesthetics to a curatorial realm, and collaboratively examining the ways that curating can unleash radical positions. Through meetings and experiences, participants were invited to think through the role and responsibility of curators and artists as critical mediators in a time of crisis, and examine ways in which curating can provide possibilities for regaining differentiated and nuanced viewpoints. The program is part of a year-long series of workshops that will culminate in a publication. 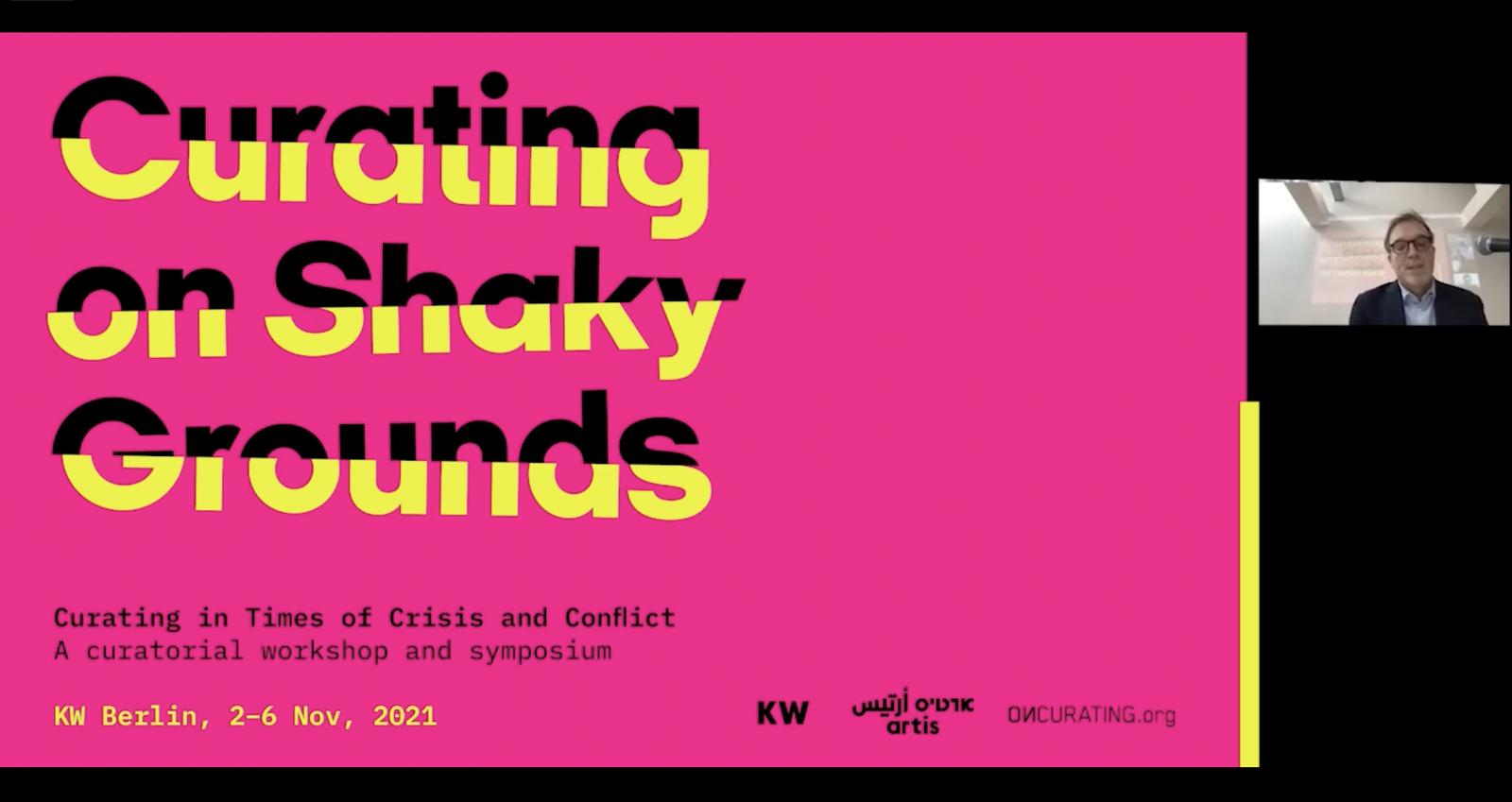 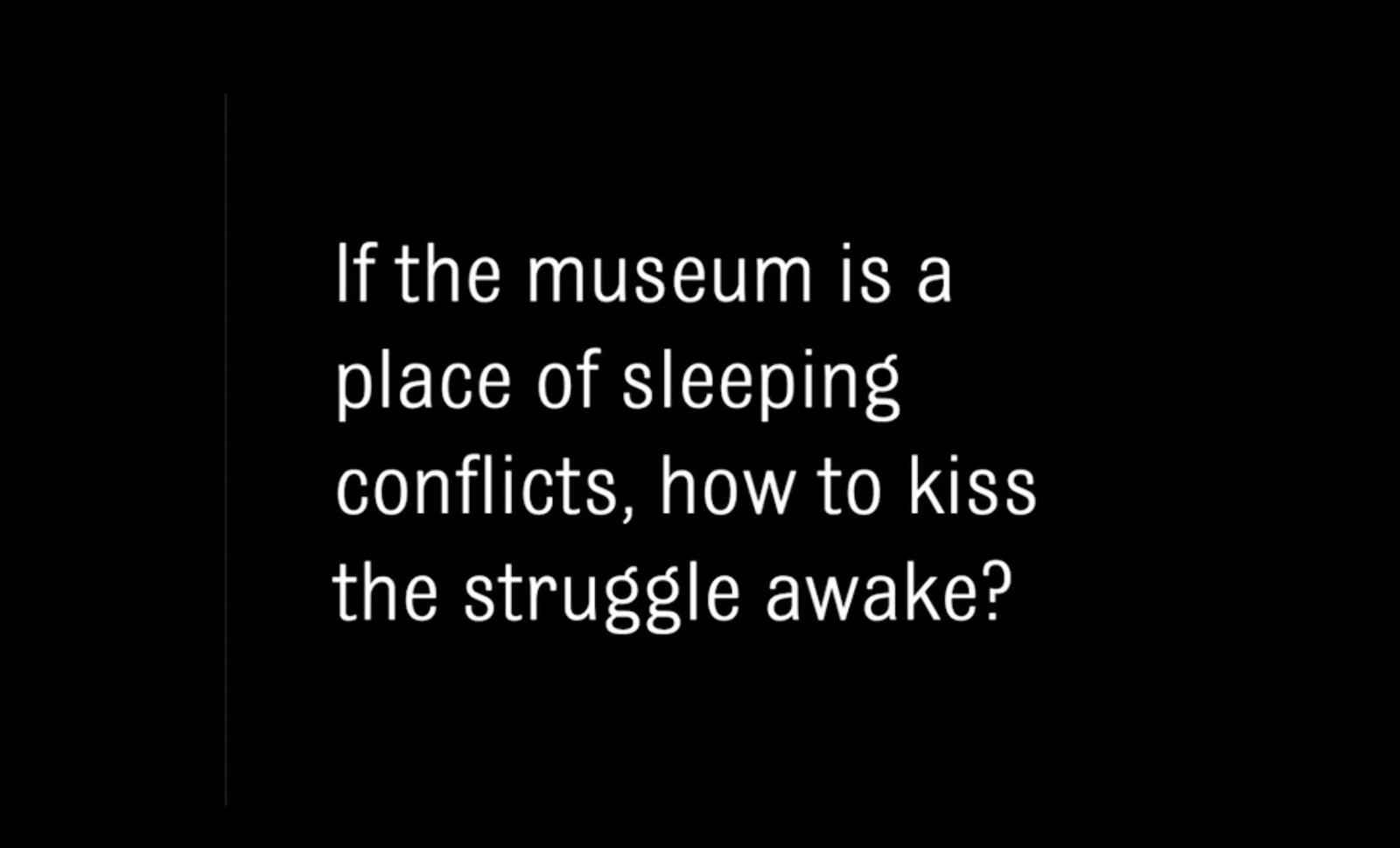 Petrified Conflicts. The Para-Museum and the Specters of Infastructure by Nora Sternfeld 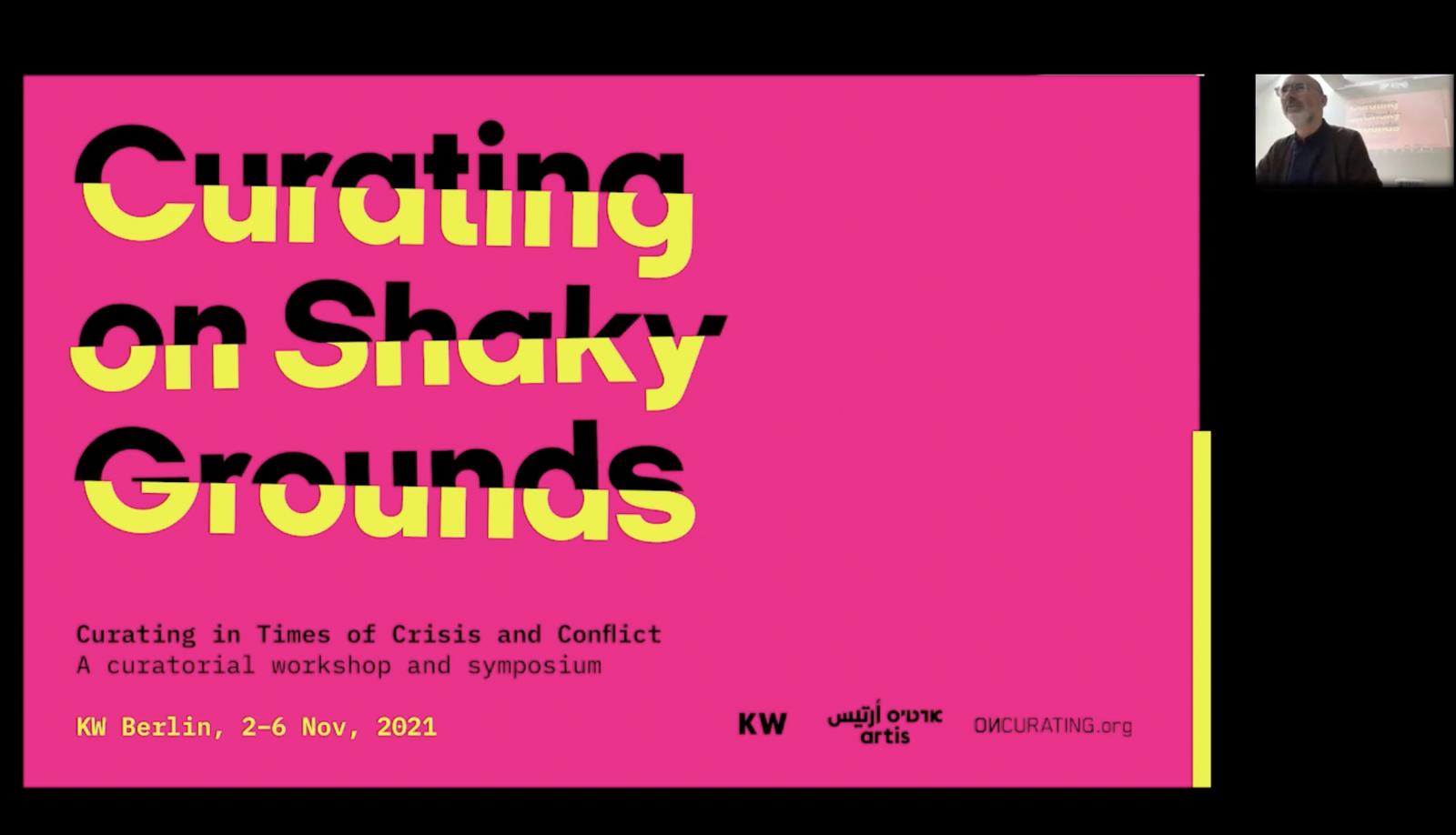 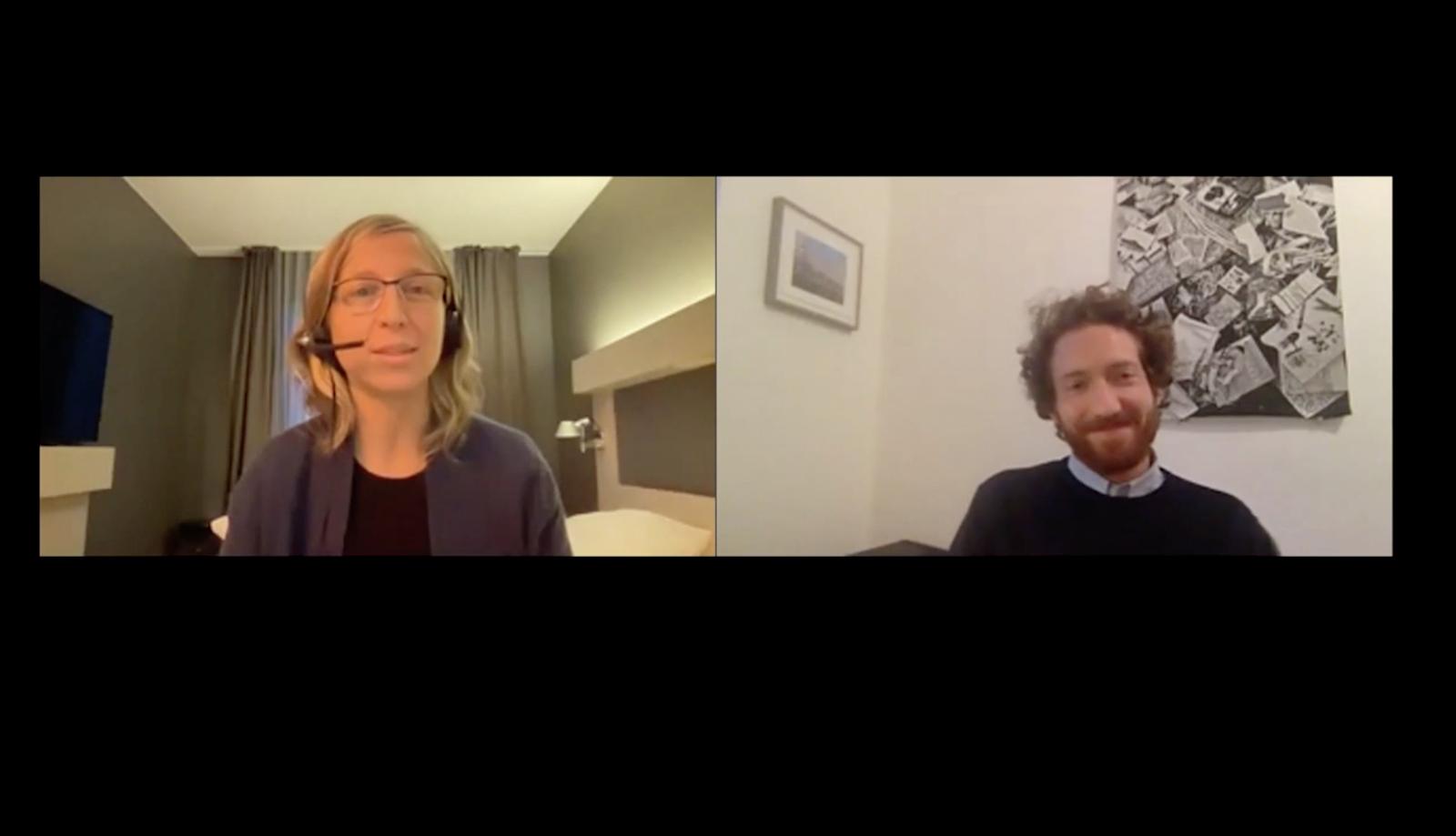 On the tip of the tongue: art and politics between sound and sight by Maayan Sheleff and Boaz Levin 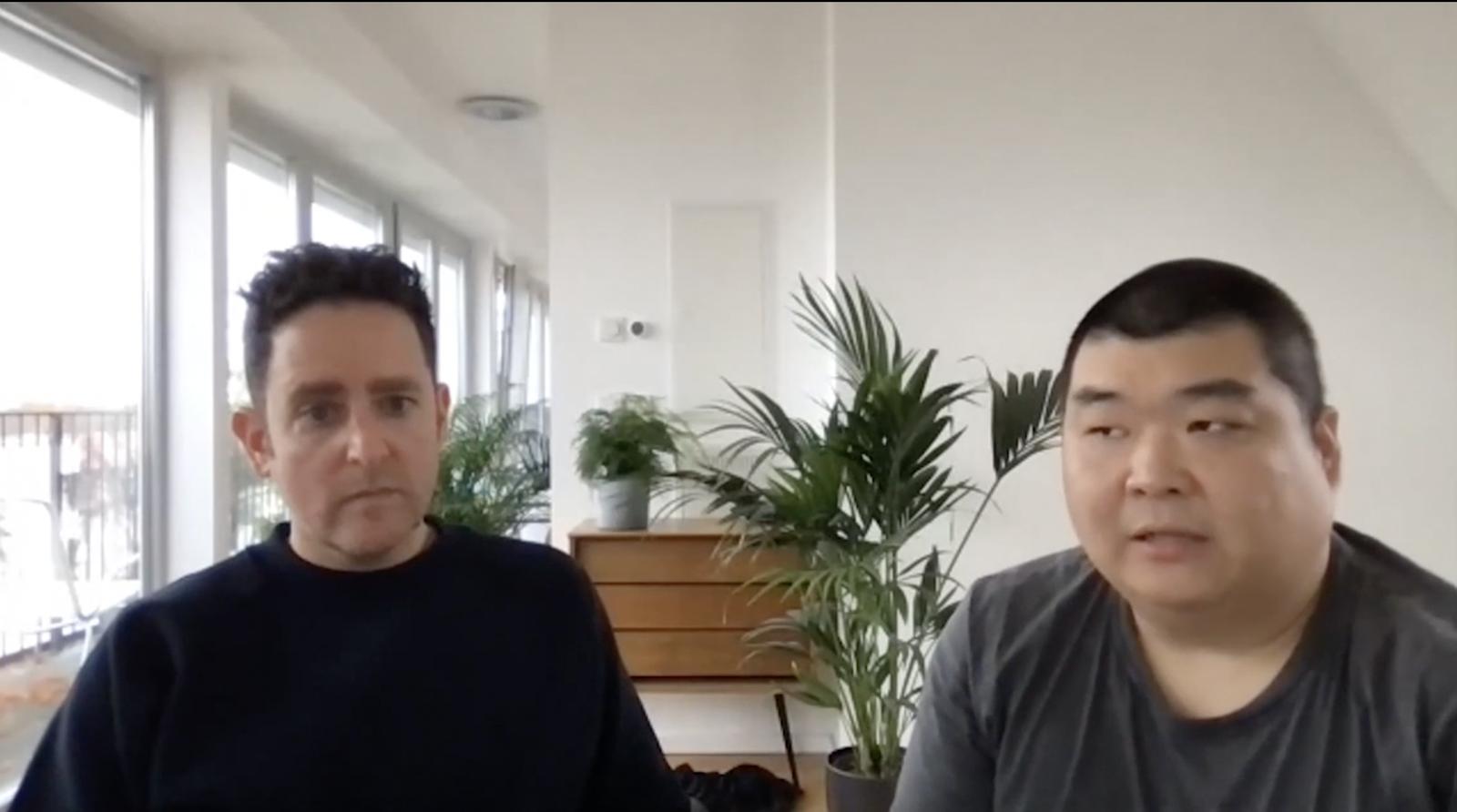 Berlin, before and after, Shanghai by Avi Feldman and aajiaao 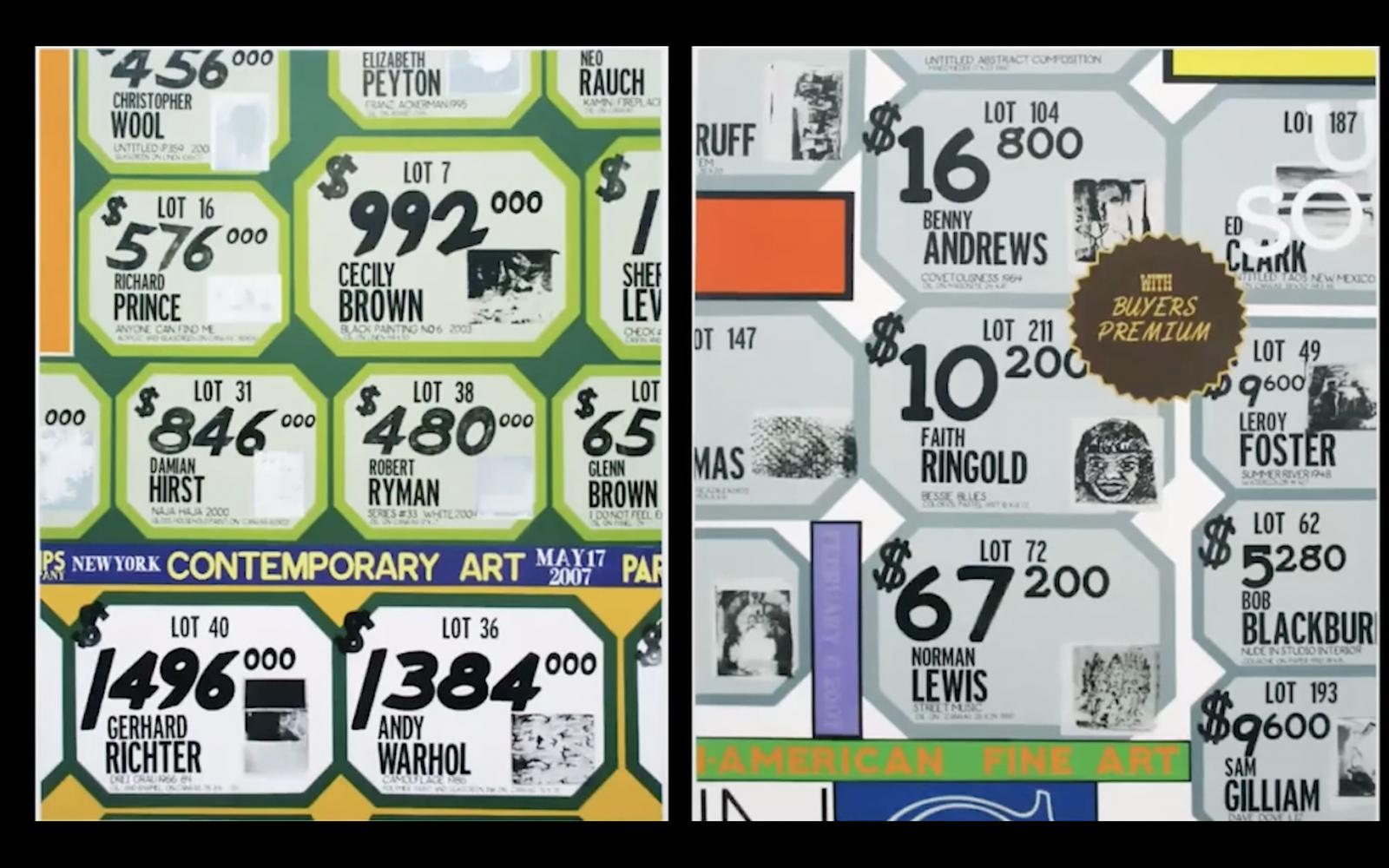 Value on Shaky Grounds: Outline of a Research Project by Isabelle Graw 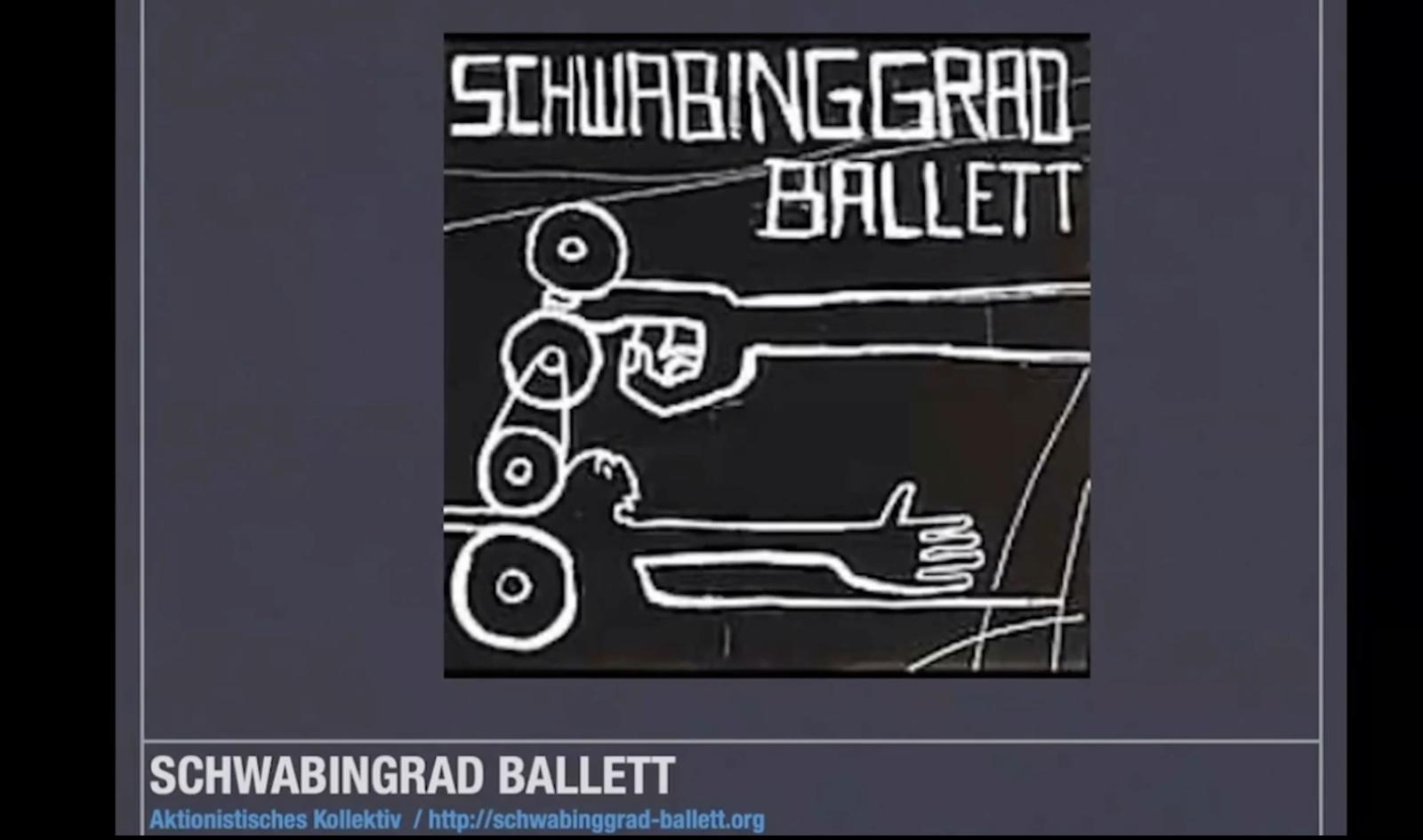 Curating on Shaky Grounds was organized by Ronald Kolb, Elena Levi, Dorothee Richter, Rotem Ruff, Maayan Sheleff, Hillit Zwick. The graphic for this program was designed by Avi Bohbot. Documentation videos of the lectures were edited by Alina Yakirevitch. 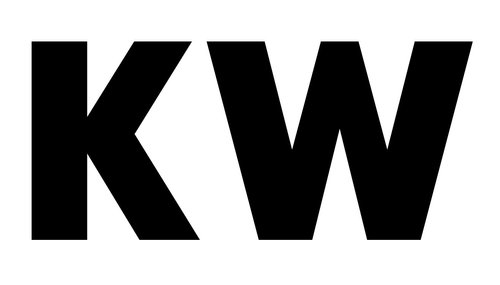 Dani Gal, artist, on unsettling empathy, multidirectional memory, witness testimony, and the politics of silence through his artistic practice and recent films.

Gilly Karjevsky, independent curator, founding member of Soft Agency, and head of program at Floating University Berlin, on responsive and responsible curatorial processes, and the ideas and practices behind them.

Ariel Reichman, artist, on the notion of safety explored through discussions and body and sound exercises, developed in collaboration with dancer and performer Stephanie Amurao, and musician and sound artist Maya Shenfeld.

Book launch event for (Un)Commoning Voices and (Non)Communal Bodies, a new publication edited by curators Maayan Sheleff and Dr. Sarah Spies, with an online lecture by performance studies scholar and curator André Lepecki, Professor and chair of the Department of Performance Studies at Tisch School of the Arts at New York University, followed by a discussion with the editors.

Public symposium with lectures and workshops by:

Avi Feldman, Curator, and Owner & Director, Wannsee Contemporary, on the exhibition "I was dead on the Internet" (Sifang Art Museum) by Shanghai and Berlin-based media artist, blogger, activist, and programmer aaajiao. Feldman will share his research on the law and art in China, developed during his residency at the Ming Contemporary Art Museum (McaM), Shanghai, and will be joined by aaajiao for a Q&A.

Isabelle Graw, co-founder and publisher of the journal Texte zur Kunst, and professor of art history and art theory, Hochschule für Bildende Künste–Städelschule, Frankfurt, on the changing value of art in relation to recent protest movements such as Black Live Matters and the #metoo movement.

Johan Frederik Hartle, rector of the Academy of Fine Arts, Vienna; acting rector and professor of art science and media theory at the Staatliche Hochschule für Gestaltung in Karlsruhe; Associate Professor of Aesthetics at the China Academy of Art in Hangzhou; and Associate Member of the Institute for the Humanities at Simon Fraser University, Vancouver, on the aesthetic-political implications of the COVID-19 pandemic and its relationship to the notion of the spectacle.

Maayan Sheleff, curator and PhD candidate at the PhD in Practice in Curating, University of Reading/Zurich University of the Arts, in conversation with filmmaker, writer, and curator Boaz Levin, co-founder of the Research Center for Proxy Politics, and editor of Cabinet Magazine's Kiosk platform, on the politics of the voice and the gaze.

Public symposium with lectures and workshops by:

Nanne Buurman, researcher and lecturer for documenta and exhibition studies at the Kunsthochschule Kassel, Germany.

Paz Guevara, curator, researcher, and author, Haus der Kulturen der Welt – HKW, on exhibitions as an objectifying mechanism, and rethinking how exhibitions can, instead, embody geopolitical trajectories and struggles through orality and reciprocity.

Dor Guez, artist, founder of the Christian Palestinian Archive, director of Seaport: Mediterranean Curatorial Residency, and head of the MFA program at Bezalel Academy of Arts and Design. Born in Jerusalem to a Palestinian family from Lydda and a family of Jewish immigrants from North Africa, Guez’s lecture-performance will raise questions about contemporary art’s role in narrating unwritten histories and re-contextualizing visual and written documents.

Oliver Marchart, professor of political theory and Deputy Head of Department at the University of Vienna, on the trajectories of artistic activism in theater, dance, performance, and public art, and the political potential of urbanism, curating, and “biennials of resistance” revealing a conflictual aesthetics that does not conform with traditional approaches to the field.

Nora Sternfeld, professor of art education at the Hochschule für bildende Künste Hamburg (HFBK), Hamburg, on the role and responsibility of art institutions in engaging in self critique.